Welcome to "'the diner capital of the world!" And the food at almost every one of them will knock your socks off! Rocker Bruce Springsteen's home state is also the place where Thomas Edison invented the light bulb, phonograph, and motion-picture projector when he lived in Menlo Park. Someone else in New Jersey invented drive-in movies. The first officially recorded baseball game in US history was played in Hoboken, and if you ever wondered where the street names came from on a Monopoly board, look no further than Atlantic City. The Garden State is full of accessible surprises!

Perfect for those who are vacationing in New Jersey, this ferry sails into New York harbor from Jersey City to bring passengers to two of the most iconic sights in the United States—the Statue of Liberty and Ellis Island, where thousands of our nation's immigrants first arrived in this country, and both of which are actually in New Jersey!. The ferry is wheelchair accessible, and you'll have the opportunity to disembark and tour both locations. The grounds of the Statue of Libery are fully wheelchair accessible. If you have a reservation to enter the monument, you'll find the Information Center, Gift Pavilion, Book Store, and dining facilities ADA-compliant. At Ellis Island, the grounds and first floor of the museum are wheelchair accessible. If you've never seen the Statue of Liberty, you shouldn't miss this Jersey-based opportunity! 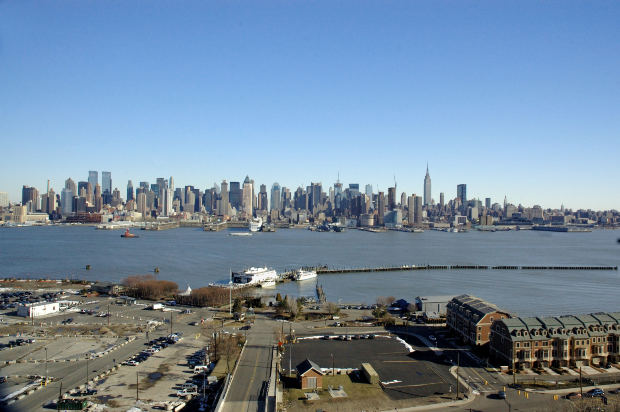 On September 11, 2001, 749 New Jerseyans lost their lives when the north and south towers of the World Trade Center fell after being attacked by terrorists. The official memorial that honors their memory is located in Jersey City's Liberty Park. The twin brushed stainless-steel walls are randomly engraved with the names of the 749 New Jersey residents who died that day. The twin walls are 210 feet long, the width of each side of the World Trade Center towers. The stainless steel "reflects the constantly changing light of day," and the memorial itself invites visitors to look toward the empty sky in memory and look forward as a community. The memorial is wheelchair accessible—and incredibly moving. 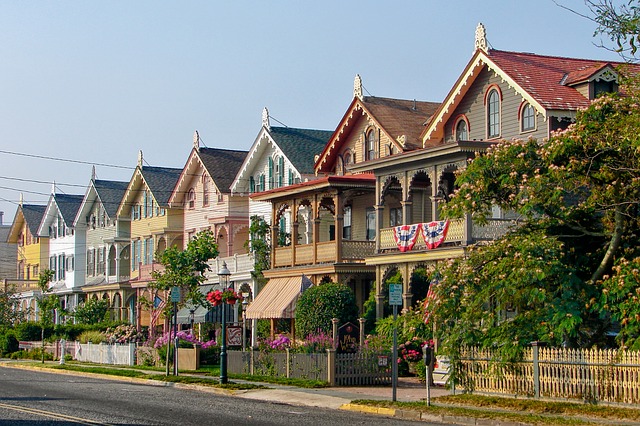 This picturesque city is on the registry of National Historic Landmarks as the nation's oldest seashore resort, hosting vacationers from Philadelphia in the mid-1700s. The award-winning beaches are beautiful, with newly created wheelchair access right to the water's edge. Even if beaches aren't your thing, the city itself will charm you like no other. The lighthouse on the cape shines its beacon across vintage homes with wrap-around porches, gabled and mansard roofs, white picket fences, all in vibrant seaside colors. You'll feel like you've stepped back in time! The Cape May promenade (their boardwalk) is actually paved, so wheeling your way to see the sights is a breeze, and there's plenty to see and do along the promenade. Stop in for some real saltwater taffy! 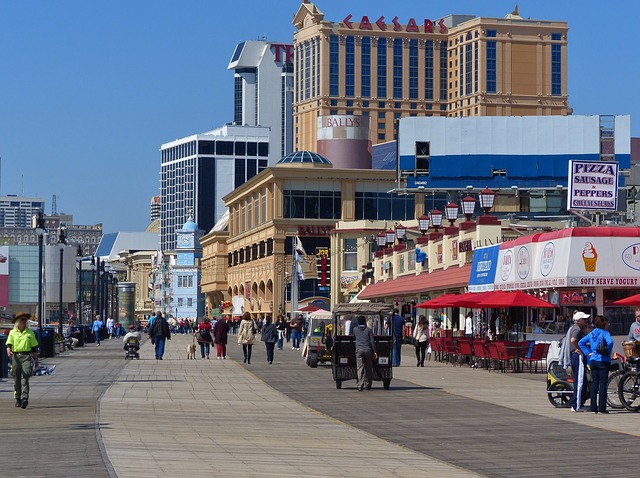 Atlantic City is to the East Coast what Las Vegas is to the West Coast. It's a place where people of all ages can have fun—and adults so inclined can bet on an even better time at the casinos. "America's Favorite Playground" is constantly humming with events and festivals, attractions like the Atlantic City Aquarium, a variety of outdoor recreation, specialty shopping (of course!), a free 3D light show, a few museums, outdoor art exhibits—there's even a Ripley's Believe It or Not, and we haven't even scratched the surface. You'll find more than enough wheelchair accessible things to do in Atlantic City, including a trek down the longest boardwalk in the world. Just do some research ahead of time to discover all the city has to offer, choose what you'd like to do, and check out the accessibility before you go!

Yes, there are Great Falls in Montana, but these "fall" in Paterson, NJ. The water from these falls made the city one of this country's earliest industrial centers when the Industrial Revolution changed the world. Mills that built railroad locomotives, manufactured cotton fabrics, and wove textiles were powered by water from theGreat Falls, making many of our first immigrants wealthy and supported the lives of the immigrants who worked in the mills. The park, including the fall's overlook, the Paterson Museum, the Great Falls Historic District Cultural Center, and some paved routes are wheelchair accessible. 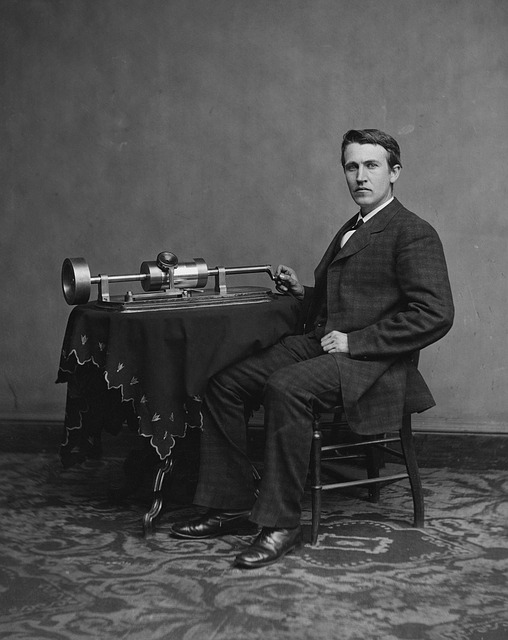 In 1876, a young, unknown inventor named Thomas Edison moved his experimental facilities to a small village in New Jersey called Menlo Park. There might have been something in the water, because over the next six years he patented around 400 inventions—the electric light bulb, the phonograph, the incandescent lamp, and a variety of devices that helped bring the telephone into homes across America. Can you think of a better way to pay tribute to the man who gave you wick-free indoor lighting and music on tap than visiting the place that celebrates his life? The center, open Thursday through Saturday, is wheelchair accessible. It's an inspiring place for the inventor in all of us!

New Jersey is probably one of the last places you'd expect to find a rodeo in the U.S., yet they've been riding bulls here every Saturday night between the end of May and the end of September—since 1929. You'll also be treated to bareback bronc riding, saddle bronc riding, steer wrestling, girls' barrel racing, team roping, and tie down roping. A family operation that raised their own bucking stock, the bucking horses you'll see the evening you go are the grandsons and granddaughters of bucking horses visitors saw here in the early 1970s. Along with steer and horses, the wheelchair accessible rodeo has hot sandwiches, snacks, drinks—and a decidedly different (unless you're from the West) and exciting time awaiting you!

'Bog' is the operative word in the name of this attraction, an early 20th century company town and agricultural community. If you've never seen a cranberry bog or blueberry fields, this is your opportunity! The rustic village grounds, which includes 3,000 acres of historic buildings, bogs, reservoirs, forests, and fields are open from dawn to dusk 365 days a year. There's a driving tour (another reason to have an accessible vehicle at your disposal), with a loop that takes you around the bogs. Nature trails, bird watching, native plant exploration, fishing and photography-friendly ambiance can be part of your experience, too. Besides one-of-a-kind handicrafts, Whitesbog General Store features mouthwatering treats made from fresh cranberries and blueberries! You'll be blue if you miss this place!

And they're off! If you'd rather take a chance on a harness race instead of roulette, spend an afternoon at the handicap accessible Meadowlands race track. In harness racing, the horses race at a specific gait (either trotting or pacing) and pull a two-wheeled cart called a sulky steered by a driver, who controls the direction of the horse. The sport emerged in Holland in the mid-16th century and, even today, has a huge following. Anyone who's looking for something distinctly different to do on vacation will find it harness racing, with only 23 tracks nationwide and most of them in the northeast. You'll probably be the first of your friends to experience the thrill of harness racing—and you might become a fan! 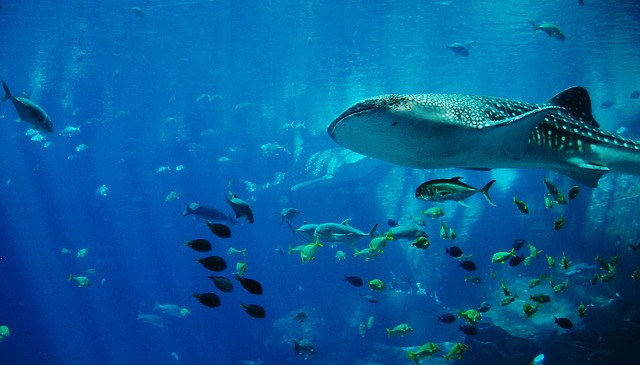 With a long and wildly popular seashore along the Atlantic Ocean, you'd expect New Jersey to have an amazing aquarium. It does. The aquarium, which is fully wheelchair accessible, has a 40-foot, suspended shark tunnel, a 4D theater, up-close and personal animal experiences, and free live shows! Creature Feature is the aquarium's touch pool, where guests can touch what their Web site describes as "slick, slimy and all-around cool invertebrates." Penguin Island is home to a flock of African penguins that dive, swim, and frolic in a huge pool made just for them. In the Jules Verne Gallery, you'll see some of the oddest, most fascinating sea creatures on the planet. There's definitely something in the water in New Jersey!

There are so many things to do in this small state (#47 in size!), you won't have time to get bored. If you want to get into a New Jersey state of mind before you go, listen to some tunes by these other illustrious New Jersey musicians: Frank Sinatra, Bon Jovi, Qeen Latifa, Dionne Warwick, Paul Simon, or watch a movie starring these native New Jerseyans: Jack Nicholson, Susan Sarandon, Jerry Lewis, Tom Cruise, Bruce Willis, Sandra Dee, Danny DeVito, Meryl Streep, John Travolta. The list really does go on—and you never know when they might be in their home state for a visit!