There's rich American history around every corner in Maryland, one of the original 13 colonies. The beauty of a Maryland vacation is that you're about an hour's drive from Washington, DC, which opens up another whole world of exciting attractions, though there are plenty of wheelchair accessible attractions in The Old Line State (a designation said to have been given by General George Washington himself!) to keep you busy during your visit. 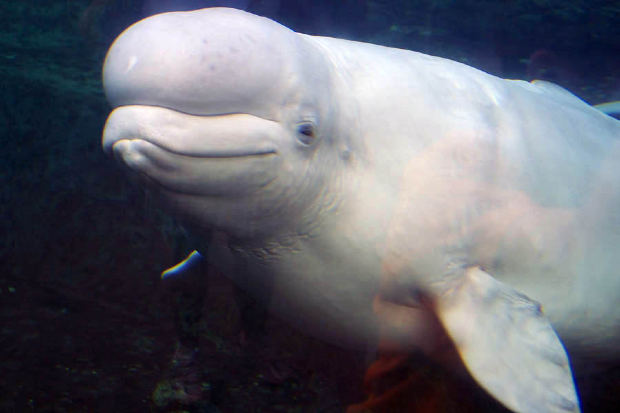 America's National Aquarium opened its doors in 1837 in Wood's Hole, Massachusetts and spent some time in Washington, DC before finding a permanent home in Baltimore. Award-winning habitats are home to more than 17,000 fish, birds, amphibians, reptiles, and marine mammals. Full accessibility invites you to explore the Amazon River Forest and Animal Planet Australia, a Jellies Invasion, a Tropical Rain Forest. The Blacktip Reef is a stunning exhibit that replicates an Indo-Pacific reef with more than 700 animals that include blacktip reef sharks. A 4D immersion theater, where you'll "Experience Sense-ational Entertainment," puts you up close and personal with the sights, sounds, and smells that accompany the forces of nature in spectacular wildlife films. Water-wonderful way to spend a day!

The operative words are "visionary art." Visionary art refers to art produced by self-taught individuals, typically with no formal training. Their works emerge from an intuitive personal vision that thrives on the creative act itself. The museum was founded by a woman who had the unique idea for a museum and education center that stressed "intuitive creative invention and grassroots genius." The artwork, in a variety of media, is as engaging as the stories of the artists whose work is featured. Besides rotating exhibits, the museum's permanent collection includes work by visionaries like Dr. Temple Grandin, whose autism gave her great insight into the welfare and needs of animals, and Hawkins Bolden, whose artwork belies his blindness. You won't want to miss this one-of-a-kind museum.

Basilica of the Assumption of the Blessed Virgin, Baltimore

As America's First Cathedral, the Baltimore Basilica is a National Shrine, a National Historic Landmark, and the co-Cathedral of the Archdiocese of Baltimore. Famous for its history, architecture, and art, the Basilica was completed in 1821. The cathedral is a neo-classical-style building that conforms to a Latin cross basilica design. A $32M restoration, for which wheelchair accessibility was a high priority, was completed in 2006. According to one visitor's experience posted on TripAdvisor.com, "The light through the windows on a cold winter day was stunning." Mass is held there daily, and free guided tours are available. Next to the Basilica, you'll find the beautiful Pope John Paul II Prayer Garden. Visitors of all faiths are welcome. 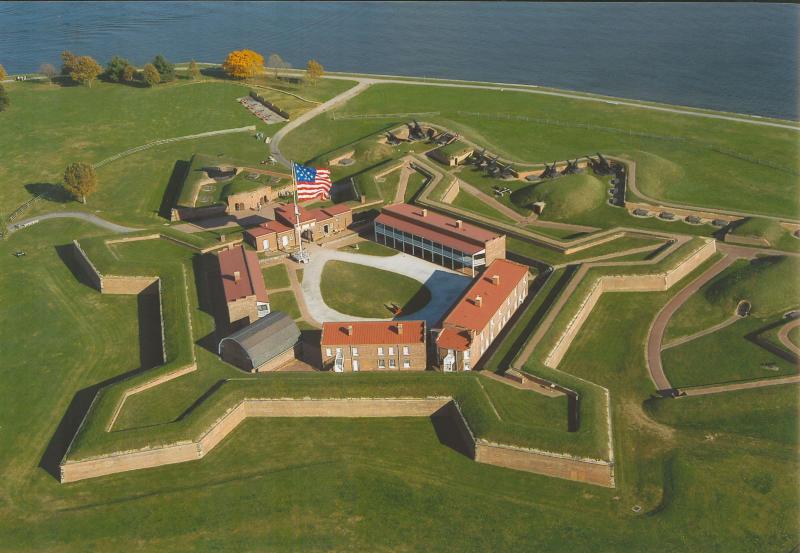 When you tour this legendary national monument, keep in mind that Francis Scott Key, a Maryland lawyer, was watching "the bombs bursting in air" over this hallowed ground when he wrote America's national anthem during the War of 1812. In fact, Fort McHenry is billed as the "Birthplace of the Star-Spangled Banner." You can't get much closer to history than that. Because it's part of the National Park Service, Fort McHenry is "mostly" accessible, and totally worth a few hours of your time in Maryland. The star-shaped fort sits on the Maryland coast and is surrounded by a moat designed to serve as a shelter for infantry defending the fort from a land attack. Honored with its own quarter under the America the Beautiful Quarters Program, you can see the real thing for less than that! 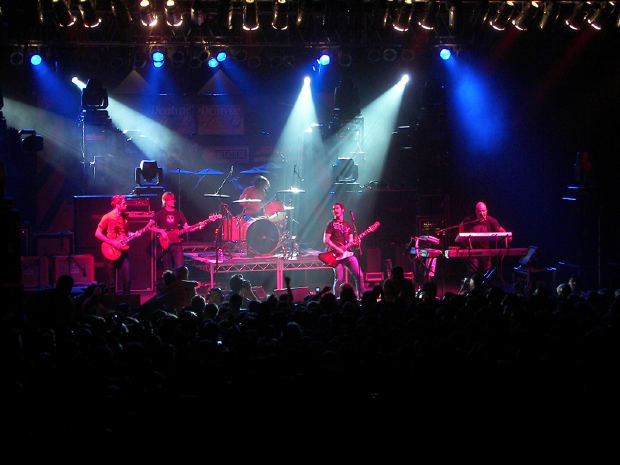 Welcome to Baltimore's one-stop, accessible shop for fun and entertainment day or night, and especially at night! This high-voltage Power Plant is located one block from Baltimore's Downtown Inner Harbor, where you can "dine, drink, and play" at one or more of the restaurants, bars, and night spots, like the Baltimore Comedy Factory, a concert pavilion, and a place called Howl at the Moon, which promises an unusual show. It's a rollicking, dueling piano show (though other instruments are showcased, too) purely centered around audience requests. "You say it, we'll play it!" In fact, several music venues are on tap at this location. Whatever your culinary taste, the Power Plant should be able to satisfy with eateries that include a fine steak house, a beer garden, and Joe Squared, a pizza place that appeared on the TV show "Diners, Drive-Ins and Dives and was chosen one of the nation's best pizza places by Food Network magazine and Food Nation. Sounds like a great place to get plugged in! 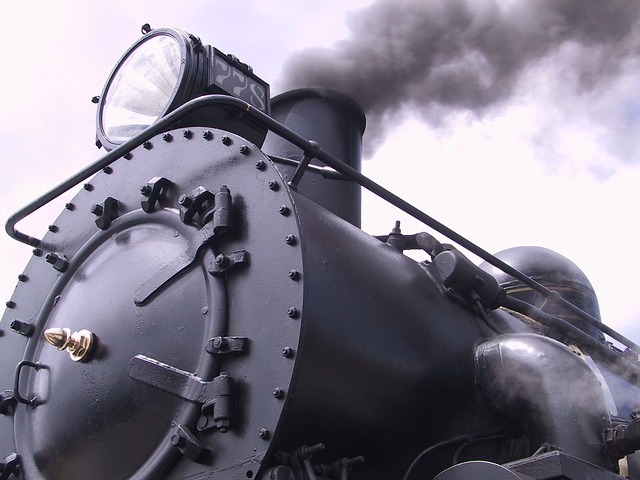 If you've ever played the original board game Monopoly, you might have bought the B&O Railroad a time or two. Yep, it's the very same one—and the one in Baltimore has a train or two waiting for you! The Mile One Express Train Ride can accommodate up to three wheelchairs on a 20-minute trip along the mile of commercial train track laid in America, which is why the site is acknowledged as the birthplace of American railroading. Started in the late 19th century as a trade show exhibit for the railroad, the vast collection of railroad artifacts was the genesis of the B&O Railroad Museum, which is now "the oldest, most comprehensive American railroad collection in the world." All aboard for a fascinating look at the country's rich railroading history!

Baseball's powerhouse Babe Ruth was born in Baltimore, and he was first signed to play minor-league ball for the Baltimore Orioles, who soon sold him to the Boston Red Sox. Moving past that little error in judgment, Baltimore's major-league baseball (MLB) team plays in Oriole Park at Camden Yards from April to September's regular season, and accessible seating is available. So are tours of the ballpark, which opened in 1992. Nestled in a historic neighborhood, the retro-style ballpark figured prominently in the revitalization of the urban area, inspiring other MLB teams to build their new parks in downtown locations. In 2013, TripAdvisor.com named Oriole Park the #3 ballpark in the U.S. Take yourself out to the ballpark, where there's no "plate" like home!

Far away from the big-city bustle of Baltimore at the western side of Maryland is a scenic railroad train with a boarding ramp for wheelchairs and a sight-seeing journey that will last more than 20 minutes! While you traverse the stunning scenery of the Allegheny Mountains, a narrator on the train enlightens you about the scenery, history, and culture along the way. The season for scenic train travel starts at the beginning of May. Reservations are recommended, as is arriving at least 45 minutes before the daily 11:30AM departure time for those who require additional time to board. The train goes to Frostburg, MD, with a 1 1/2 hour layover for lunch, when you can enjoy the shops and restaurants on the city's Main Street before heading back.

Not everyone is a gambler, but for those vacationers who are, Maryland Live! is the largest casino in the state. On the casino's web site, at the top of the page, they keep a running count of payouts to guests, and at this writing, the number was almost $9 billion. The casino's full accessibility means everyone is welcome to take a chance at picking up a little extra cash for vacation fun. You can try your luck at table games like blackjack, craps, roulette, and poker, or settle in at a slot machine. As with most casinos, you'll have your choice of several restaurants, including the ever-popular Cheesecake Factory, and there's a concert venue that also hosts karaoke nights, so you have another chance to be a winner! It's a safe bet you'll have a good time here!

Civil War buffs won't want to miss this historic battlefield that has the dubious distinction of hosting "the bloodiest one-day battle in American history." If you own or have rented a vehicle equipped for wheelchair access, you'll be able to take the self-guided, 8 1/2 mile tour through the battlefield, which has eleven stops along the way. Stops include Mr. Miller's Cornfield, an unlikely setting for a major war zone, Sunken Road, which was just a dirt farm lane used by farmers until troops took it over, and Burnside Bridge, known as the Lower Bridge before the war and renamed for Major General Ambrose Burnside, the leader of the Union forces that took the bridge. The Visitor Center is also a museum—start there to go back in time!

There's one more exciting, accessible, classic opportunity in Maryland. If you're a fan of "the sport of kings," a mid-May visit offers the opportunity for you to attend one of horse racing's famed Triple Crown events. The Preakness is the second jewel in the crown, it pays off handsomely as one of life's unique experiences, and it will be another unforgettable moment in your Maryland vacation!